This has been a long time coming!

I couldn’t believe my eyes when I saw the date on my last demo reel: 2015. Really?! Wow! The past few years have been an absolute whirlwind.

I have been so fortunate to have been working essentially non-stop since 2015. After leaving The QYOU as Senior Producer and Host, I was traveling sometimes twice a week for Major League Soccer and TV Land’s 100 Best Places. Oh, and I also was still doing the Ultra Live Streams around the world. Then, the call came. The call I never thought would actually happen: I was going to host a network travel show called Vacation Creation. Over 70 episodes later, I am still pinching myself that I have had this opportunity in my life.

But I will say, watching 70 episodes of Vacation Creation alone – not counting all the other work I did since 2015- has 100% caused my eyes to bleed. This was a crazy, hard demo reel to edit, but I am really proud of my work. I hope you have as much fun watching as I did filming it! 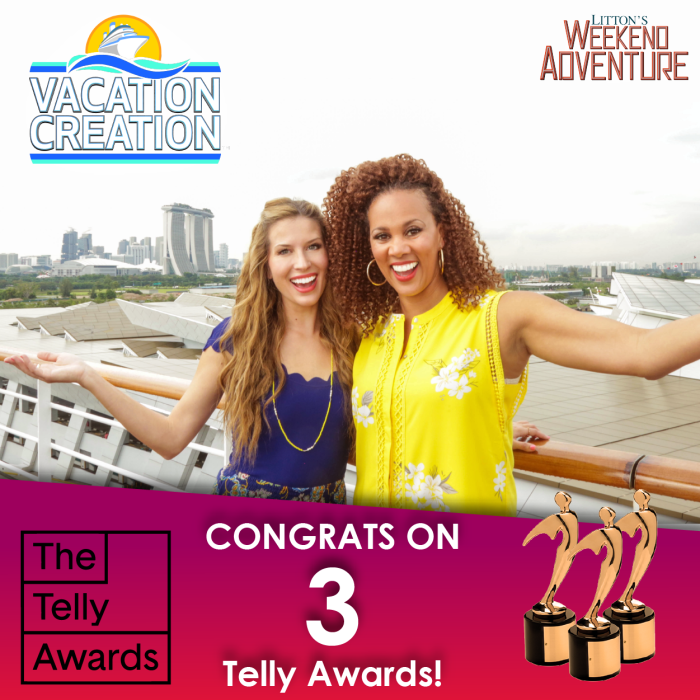 If you’re not familiar, The Telly Awards celebrates the best work created in television across all screens. We won in the Children, Education, and Travel/Tourism categories. If I must say, I think it’s well deserved. 😉 A travel show is always incredibly difficult to produce, because of all the moving parts and logistics, and this team is absolutely amazing. Congrats to everyone who has worked so hard on this show- you deserve it!

After more than two years as a co-host, I am now hosting Vacation Creation by myself!

This is only for a short period of time, but I have had so much fun filming these episodes. I am really grateful to everyone who supported me and gave me this opportunity to carry the show!

Who knew traveling on water could come with a whole different set of accessories to pack? Well, obviously you do now!  After spending 8 months a year on a cruise ship with Vacation Creation, I can now proudly say I’m a professional cruiser and here are my 7 must have items that I never get on a ship without!

Vacation Creation is back for another season. It’s bigger and better- and on a new network! We’ve moved to ABC, which is a huge move for our show!

This first episode really meant a lot to us. There was an “a-ha” moment that something was very different this season. Our goal with Vacation Creation is to take deserving people on a vacation of a lifetime- it’s a way to speed up karma, if you will. We want to show them a good time, but this season we go a bit further into helping heal the families.

The Bowlick family had been through a near death experience and they were still recovering from it. We took them to an eagle rescue sanctuary in Alaska where we would help release once-injured eagles back into the wild. The parallel between the eagles and the family was not lost. As they released one of the eagles back into the wild, there was not a dry eye in the place- including mine. It circled back around to almost say “thank you” and take in the moment – and then it was gone. There is really something special about being in nature, being with animals, and being in the moment that touches your soul.

We have many moments like that throughout the season. I hope you guys like this first episode in Alaska and continue to stay tuned!

Vacation Creation is syndicated, so use this handy dandy link to find out when it’s airing around you: http://bit.ly/LWASchedule 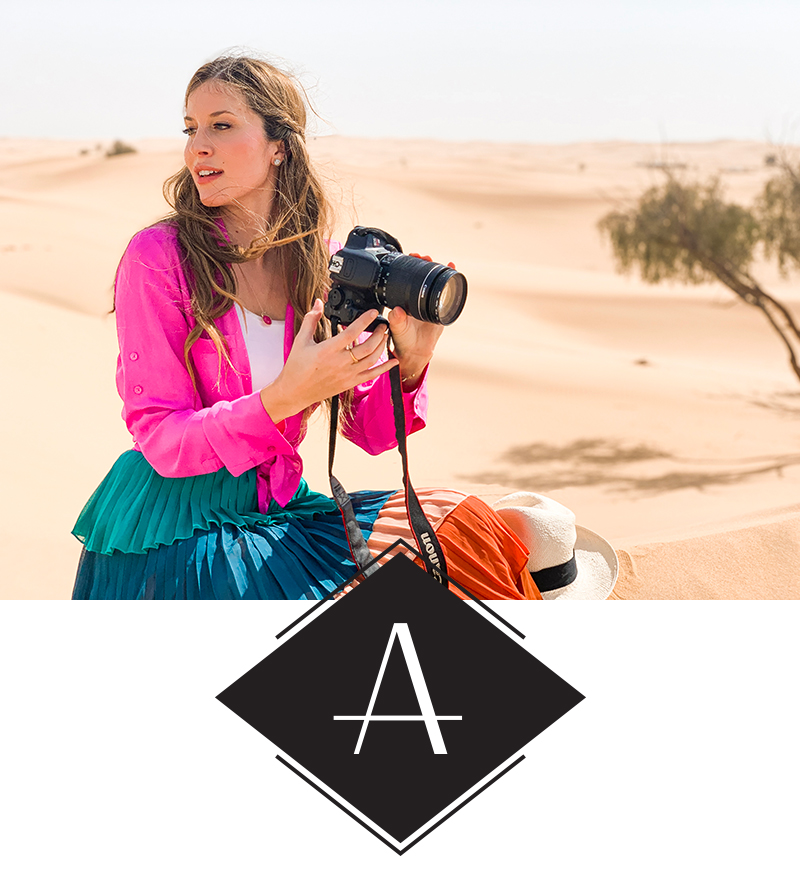